Climate Change in the 1840s

The following is an extract from a book called "The Industrial Resources of Ireland" written in the 19th century. It describes flooding that took place in Lough Derg over a few weeks in the winter of 1840: 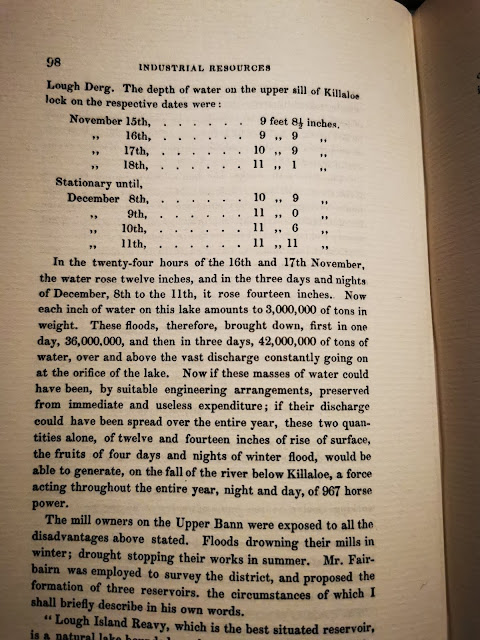 The water levels of Lough Derg effectively increased by about 25% or a quarter over a month. The current rate of water level changes there are only about 2-3% :

Also, interesting to note that by the 1840s, the cycle of winter flooding followed by droughts in summer was a well recognised problem in Ireland.