With storm like winds hitting Ireland tonight, lets see how our electricity system is coping.

Between 9pm and 10pm wind speeds rose all around the country apart from 4 locations (click on picture to zoom in) : 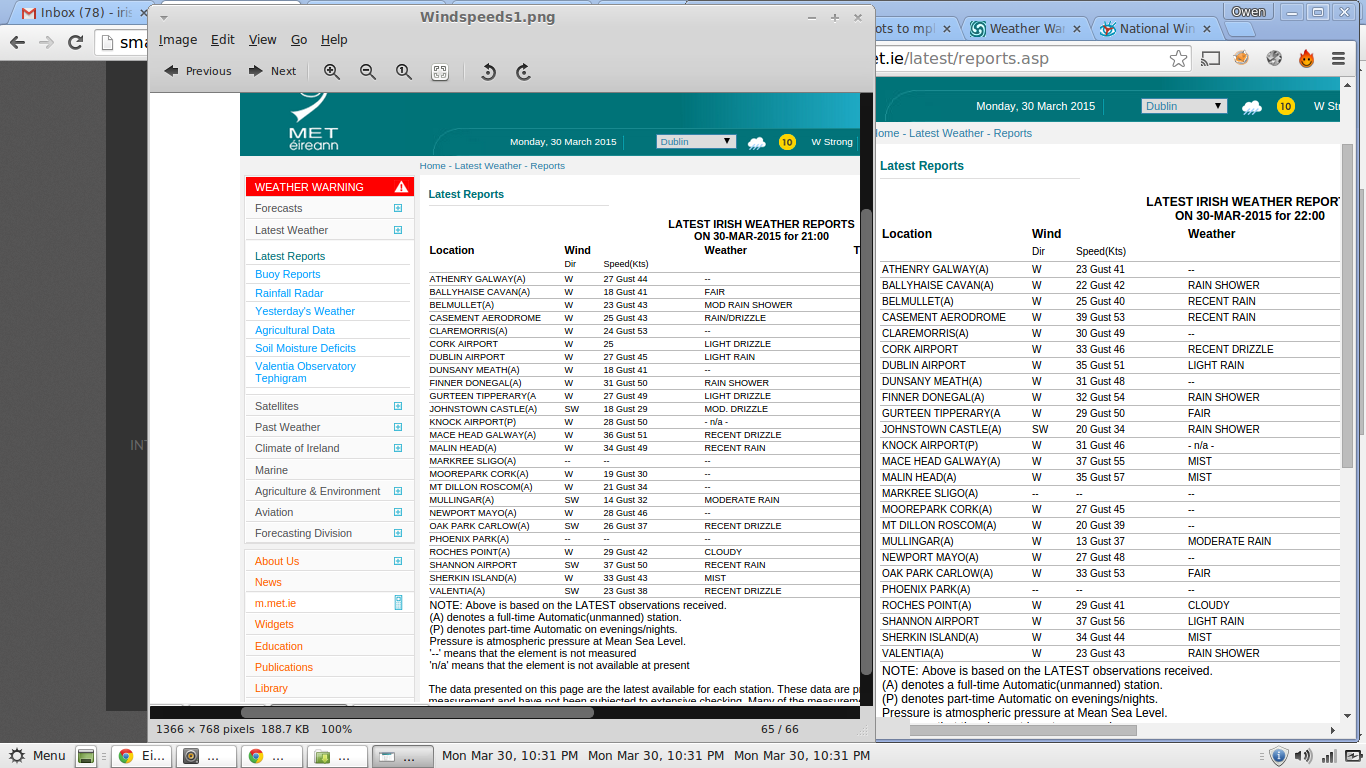 So how efficient are our € 4.4 billion worth of wind turbines (2,200MW) at converting this energy sweeping across our country into power ?

Well at 9pm, they were producing 1,631MW and approx 218MW was curtailed. In otherwords, we shut down 218MW of wind power, about 12% of the potential power: 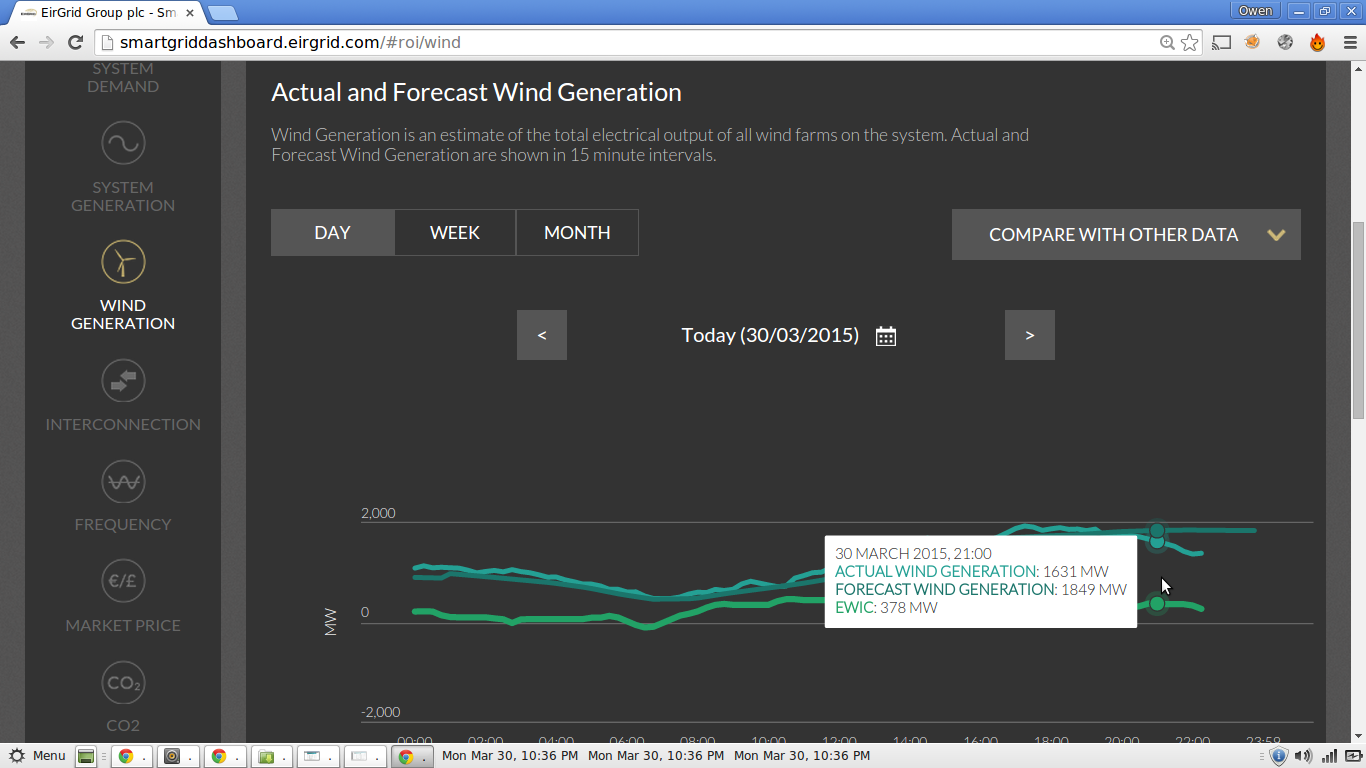 In the next hour, wind speeds rose in most areas around the country, notably in Cork and Donegal where most of the wind farms are (see Met Eireann data above). 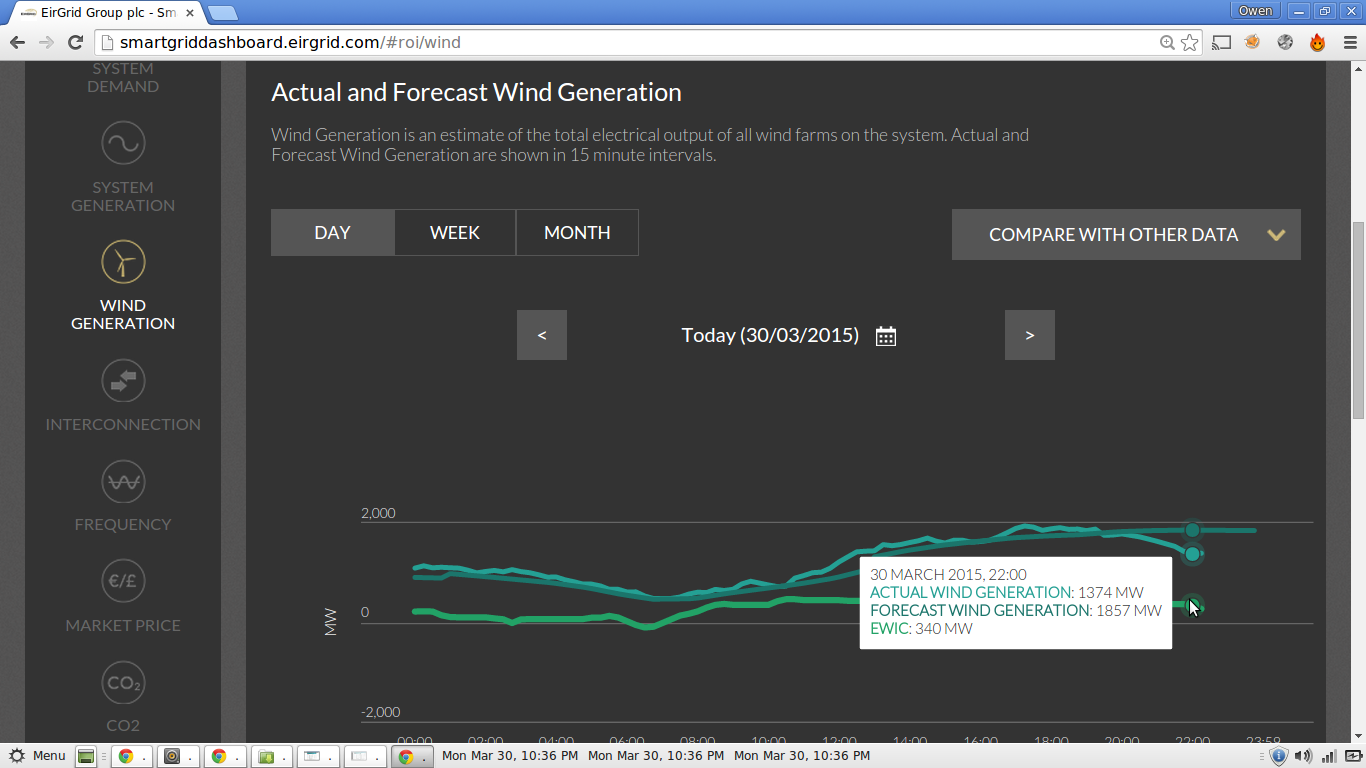 Well, it turned out that our wind farms could not make use of this additional wind. Instead, wind generation dropped to 1,374MW, a drop in output of about 16%. Curtailment of wind rose significantly from 218MW to 483MW, an increase of 220%.  So 26% of available wind generation had to be dumped. Wind farm companies that have "Firm Access" will be compensated for this.

At 9pm we were importing 378MW from the UK (EWIC in the above graphs). By 10pm, we were importing slightly less - 340MW. Demand dropped in the same period from 3,790MW to 3,464MW, a drop of 326MW. As wind and UK imports do not provide the same type of power as that produced by conventional sources  - they are termed non synchronous generation sources - there is currently a cap of circa 50% on their use in the system at any one time (more explanation here). We can work out that total non synchronous generation (wind plus imports) at 9pm was 53% of demand, while at 10pm it was at a safer 49%.

So part of the reason for all this curtailment of wind was to bring wind generation down to a safer level for system stability. But they had another option - switch off the UK imports and replace with the excess wind. But instead it seems that commitments made to the UK National Grid, or some other reason, meant that we were using power generated in the UK for 10% of our needs while at the same time shutting down 26% of available indigenous wind power. And what was this UK power made up of ? Well, the largest share was dreaded coal at 30% (which we are all taught to despise) and behind that was the even more dreaded nuclear (which we are all taught to fear) at 23% : 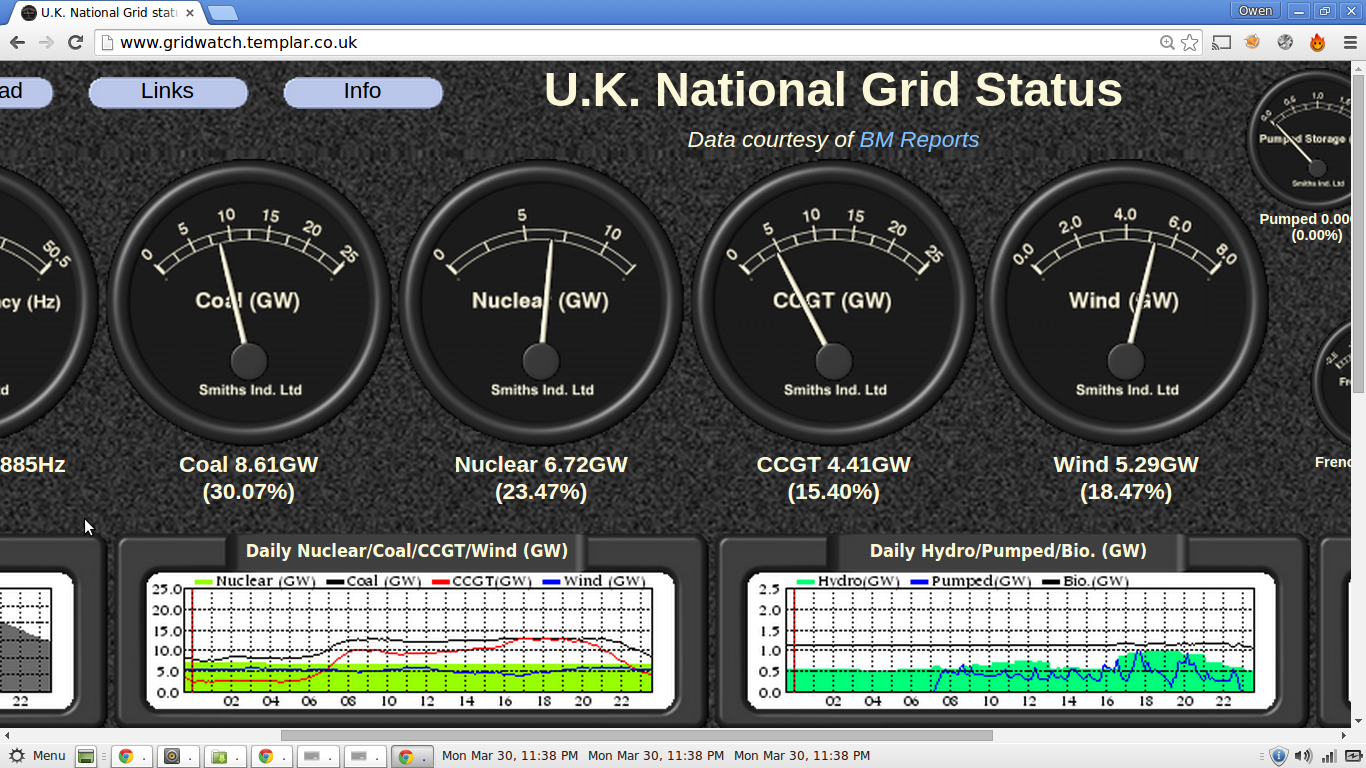 One can only wonder. Is there anyone left who actually thinks the people in charge know what they are doing here ?

Why are we building more wind turbines when we are dumping more and more wind power ?